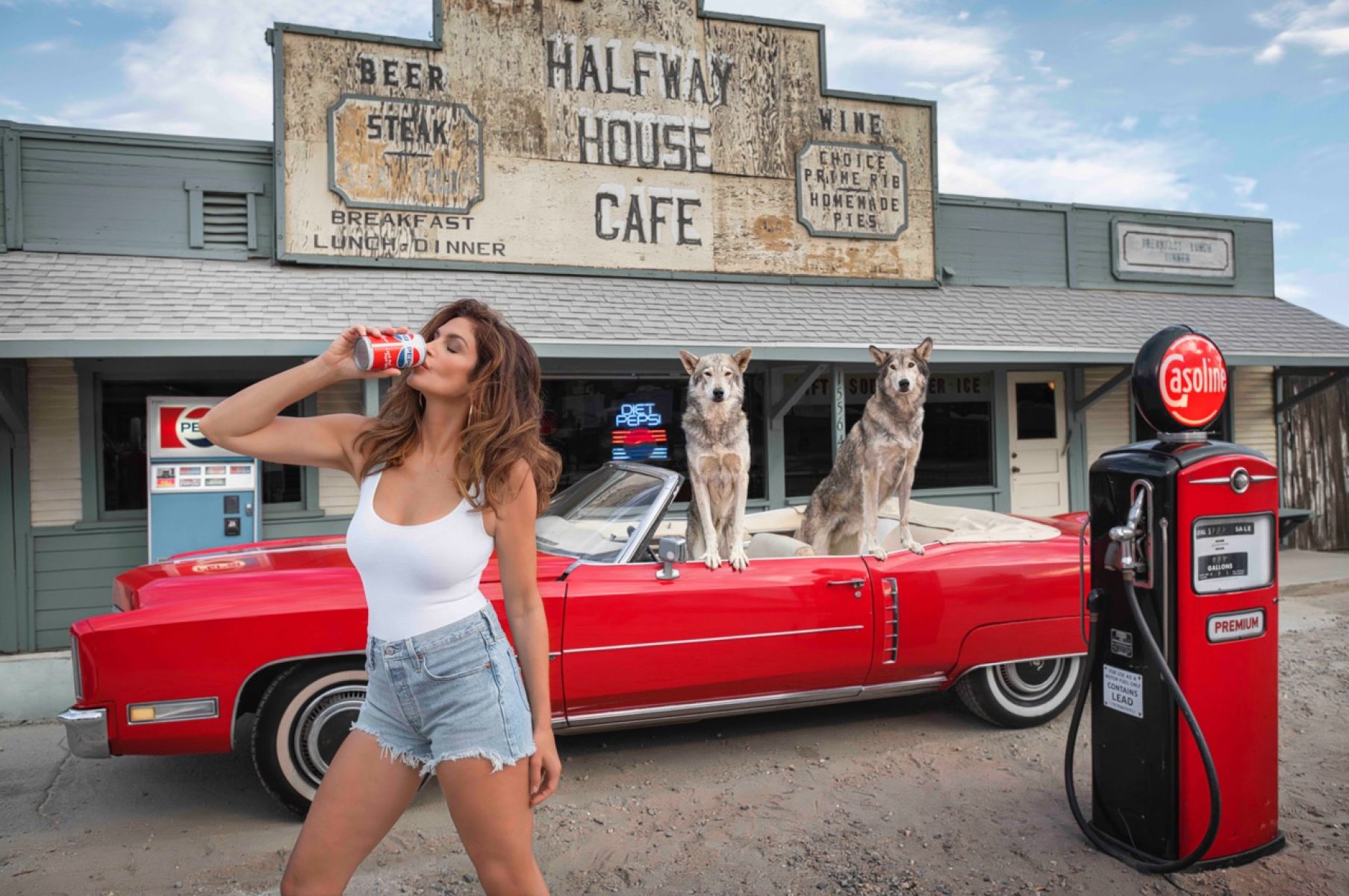 David Yarrow recreates and re-imagines Cindy’s iconic Pepsi ad as part of their ongoing collaboration to raise money for charity.

As with the first project in 2019, and second in 2020, half of all profits of photograph sales from this assignment with Cindy will go to the University of Wisconsin’s Paediatric Cancer Care Unit in Madison. David and Cindy’s collaborations for the cause have raised over $1million so far.

“It’s always a pleasure and a thrill to work with my friend David Yarrow and even more so when it's for a good cause. We returned back to the original Halfway House from the famous Pepsi commercial I did in 1992 to recreate the moment (with a David Yarrow twist) in hopes of raising funds for the American Family Children’s Hospital in Madison Wisconsin where my brother was treated for leukaemia," Cindy said.

"So far, with the help of David's gallery network across the globe supporting the art and its sales -- we've already raised 1 million dollars for the cause. I also have to thank my dear friend, hairstylist Peter Savic who did the iconic hair for the original commercial... so I was thrilled he was able to be here for this version as well!”

It is probably one of the most celebrated commercials of all time. So much so, that there have been many retakes and parodies. It featured a 26-year-old Crawford pulling up to the Halfway Café in a red sports car wearing a white tank top and jean shorts. Two young boys stare as the supermodel buys a Pepsi from a vending machine and drinks it down.

“For some time I had yearned to do my own interpretation of the advert. It is always a treat to work with the best, and Cindy is the best of the best. To date our collaboration has already raised $1m for the American Family Children’s Hospital in Madison Wisconsin and this series should help this number materially. It was all rather surreal being at that location made famous by her and I am proud of what we achieved. It was a team effort and we both have excellent teams," David said.