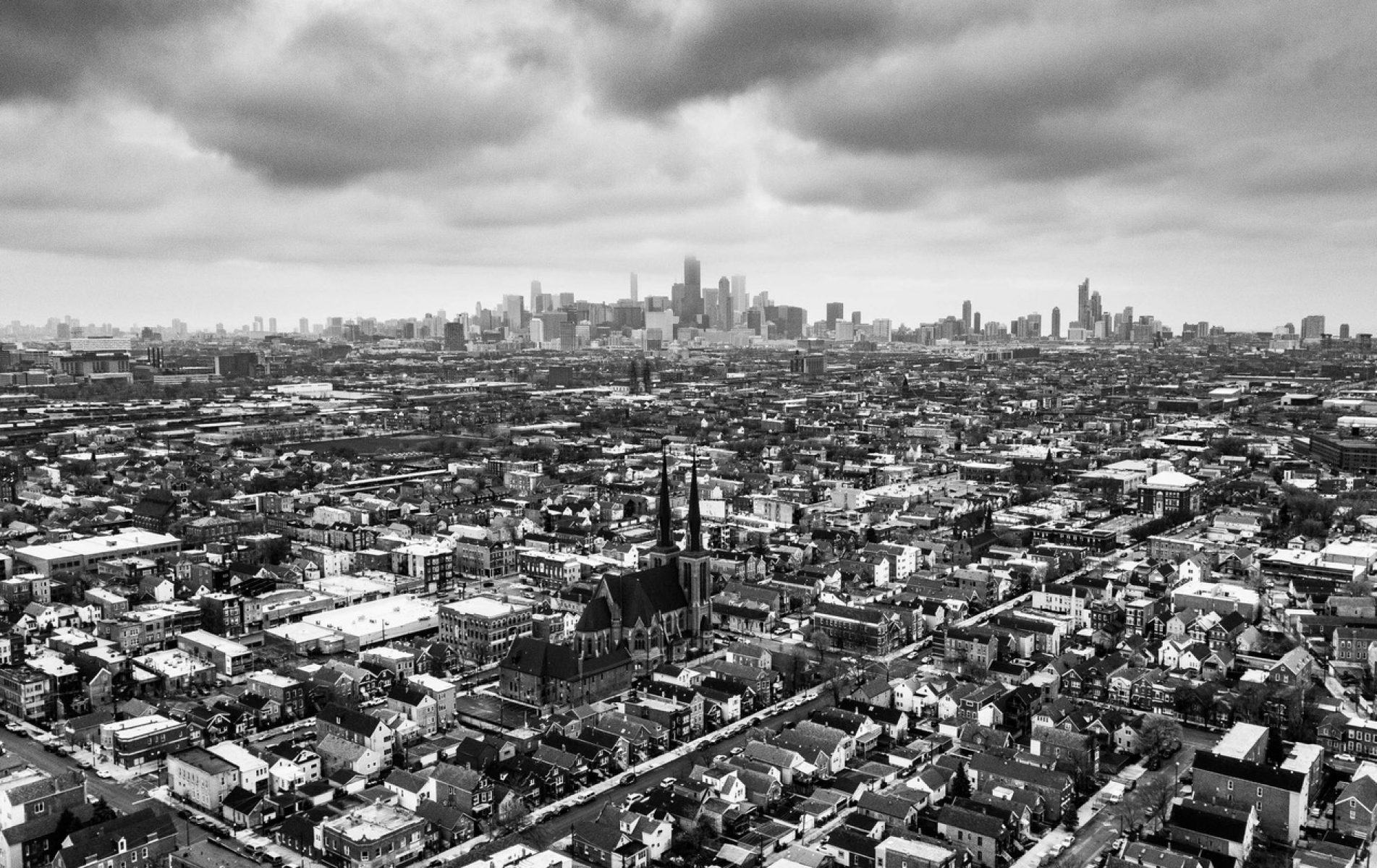 This month’s newsletter was started in Chicago, but is being finished from a well stocked bar in the most northerly town in the world - Longyearbyen. We have moved from the home of the mobster to the home of the polar bear and left a truly great city for a very average outpost. Architectural magnificence has been replaced by Arctic magnificence and we are reminded yet again what an extraordinarily diverse planet we rent.

This bleak outpost sits at 78.2 degrees North - that’s higher than any community in Russia, Greenland or Canada. Norilsk - the city in Siberia that is considered the most bitterly cold place to live in the world - is just at 69.5 degrees North - a “rookie number” versus Longyearbyen which sits just 650 miles from the North Pole. There is no light here for four months - that’s kind of odd and people here are certainly not normal.

My kids have made me aware of the expression “Netflix and chill” and I now understand it’s less innocent than it seems. I think that there is a strong chance the phrase originated from Longyearbyen, because for four months a year what else do you do? Netflix's price elasticity of demand must be high near where I am currently sitting. $5 more a month to continue to subscribe isn't going to cause locals to go outside in January.

It is actually rather surreal being at the top of the world, enjoying a beer and watching the Manchester Derby on a big screen - because it is really just like any other bar in the world. We are reminded that Heineken refreshes the parts other beers can’t reach and that Carlsberg is still probably the best lager in the world. The signs tell customers about the happy hour timetable, the soup of the day and the non-stop televised sport. I kid myself that I could really be anywhere, but then when I pop outside, there is a sign saying “beware of polar bears”. There lies the difference between this bar and every other bar in the world - there is a very small chance of being eaten when enjoying a cheeky fag break.

I am leading a group of 12 aspiring photographers over the next 10 days. It’s not something I do often as I am selfish and focused in the field. However, I have met lovely people doing this in the past and, Natural World Safaris, the organisers, are the best in the business. I really would not consider doing this with anyone else.

I always start the trip with a small speech to manage expectations - they will be lucky to see polar bears for 1% of the time that they are on board. That way, when the number comes in at 3%, I get heavily praised and tipped. I have learned this from airline pilots around the world. I think we are all spun a yarn, so that early arrival fosters brand loyalty, when all that has really happened is the captain has very smartly managed expectations.

There is always down time on boats in Svalbard and the next 10 days will give me some much needed time to finish my book which will be released in September. It has been quite a project and by the time I’m done, there will be around 55,000 words and 150 photographs spread over 368 pages. My edit is very tough - as is that of the publisher Rizzoli - but I am excited with how it is looking with just a month to go before the three-year project is wrapped.

This last month has been even more hectic than usual with assignments in India, Scotland and Chicago. In India, the temperature reached 44 degrees - which was no surprise. In Chicago it was cold, then warm and then windy - again no surprise, but in Scotland, for one day, the sun came out - which was an enormous surprise.

Taking photographs in Scotland carries a little added pressure for me. I can underachieve in India and put it down to the heat and I can underachieve in Chicago and put in down to the mob, but in Scotland, I have nowhere to turn for excuses. It’s a bit like an Italian chef returning home from working abroad and cooking his family Sunday lunch. I should be familiar with all the ingredients and how they play off each other.

The area around Glencoe and Glen Etive is Scotland at its majestic best - the mountains have a dramatic grandeur to them - it is Braveheart, Brigadoon and Monarch of the Glen wrapped into one cinematic canvas. Mournful, mythical and romantic, the Highlands of Scotland are visually unique.

The problem is that there are few big prizes for landscape photography, as the landscape always tends to be there. Certainly every time I drive north from Rannoch Moor on the A82, the primal rock face of Buachaille Etive Mòr always proudly guards the gateway to Glencoe and Glen Etive. Mountains democratise photography - they show up for everyone irrespective of experience or reputation.

That is why I always need a layered narrative in Scotland and that tends to mean something distinctive in the foreground that complements the grandeur of the background, whether that be a stag or in this case a highland cow. I have a great paranoia of the mundane and these fears are acute in Scotland - original content must be exactly that.

As a country we are tragically poor at football, fragile and unpredictable at rugby, but we do have the best cows in the world - the highland cow. The cow is our road to redemption. If there was a breed of cattle to headline at Glastonbury it would be highland cows - they have that “rock and roll legend” look about them. Given half a chance, a highland cow would have an all nighter with groupies in his hotel bedroom before obviously throwing the TV out the window. 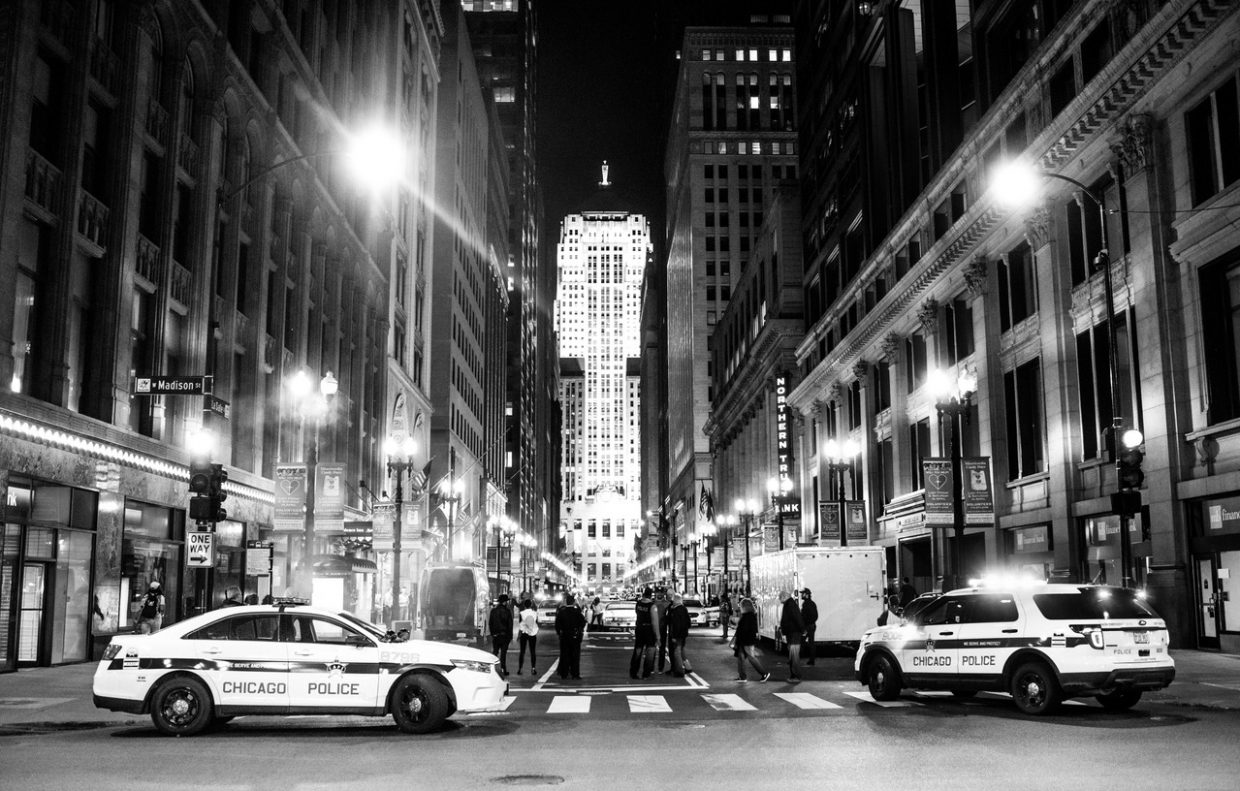 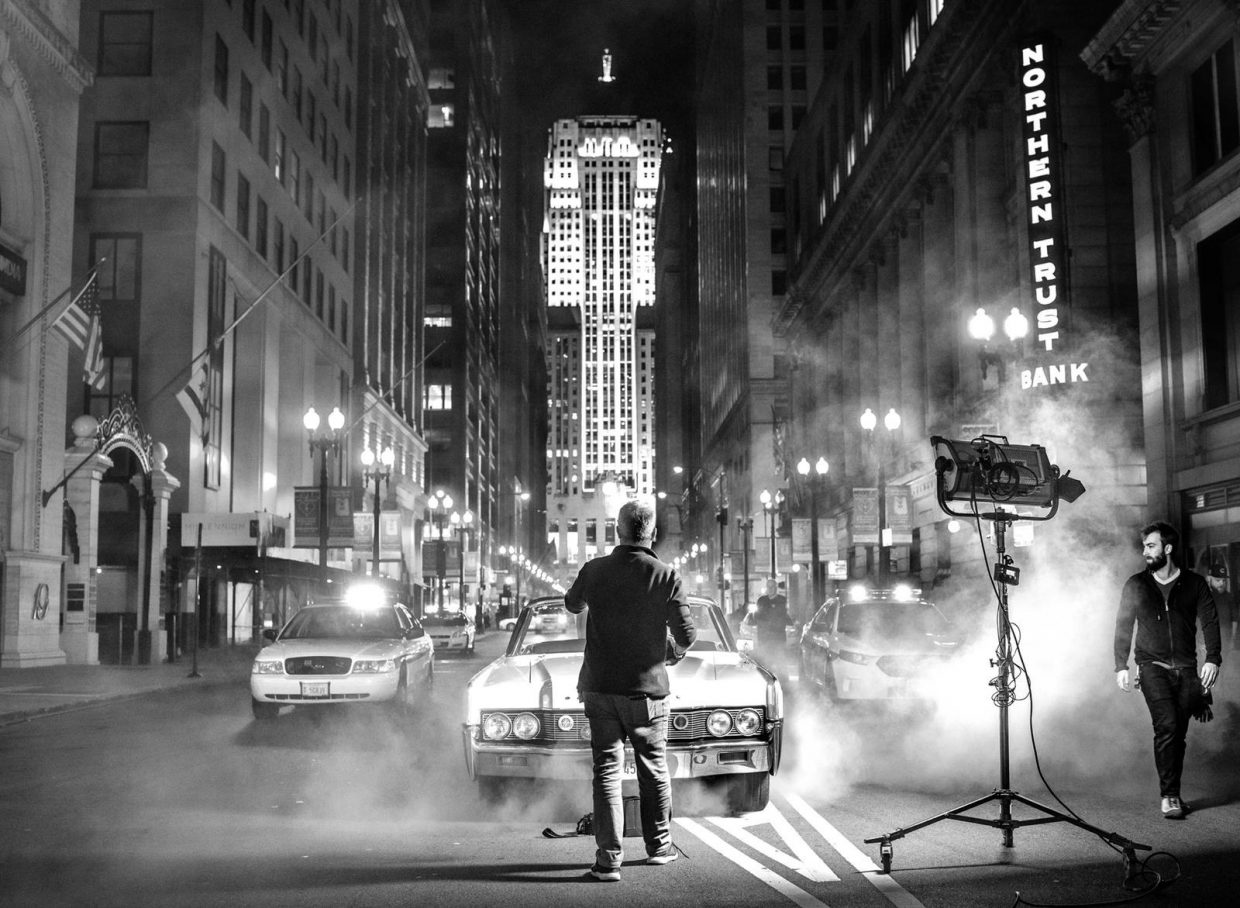 There is a romanticist within me and I think the clues are there in this series. Much of the land that I wanted to film on is owned by the Fleming family - no surprise therefore that this was the location used for the closing sequence in the Bond film Skyfall. Luckily, I have known the family for some time and they graciously gave me access to photograph on their private estate. One of the most important words in photography is 'access' as it is access that is the often the harbinger of original content.

I have always been drawn to Chicago - it is urban beauty at its very best and offers visuals along the river and to the south of the river that Manhattan cannot match. The great fire of 1871 allowed the city to be rebuilt from scratch as one and what a job they did. It is no surprise that so much of the Dark Knight trilogy films was shot in Chicago - the iconic Chicago Board of Trade building cuts off La Salle Street and in so doing creates a concrete and glass vortex. This is how I imagine Gotham and clearly I am not alone. There is no street in Manhattan as good as this for offering a sense of place.

I have been fascinated by mobster movies most of my life - probably one reason Martin Scorsese is one of my heroes. His films such as Goodfellas and The Departed have no doubt inspired and influenced me at both a conscious and subconscious level.

Meanwhile Chicago gangster films that home in on the prohibition era and Al Capone are also a notable prompt in my creative thinking. When the character played by Tom Hanks returns with his son to Chicago in The Road to Perdition, the first street scene that Sam Mendes shoots is again La Salle looking towards The Board of Trade. He could have chosen any road for the narrative, but he chose right.

A few months ago, I became quite obsessed with the creative potential of a night shoot on La Salle looking south. It was in my interests therefore to shoot as soon as I had an idea for the location, otherwise it blocks all others until I have put it to bed. I am not sure if that is peculiar to me - but I would doubt it - creative impulses tend not to be put in the bottom drawer, they need to be acted upon. They don't come often and when they do, I tend to move quickly. 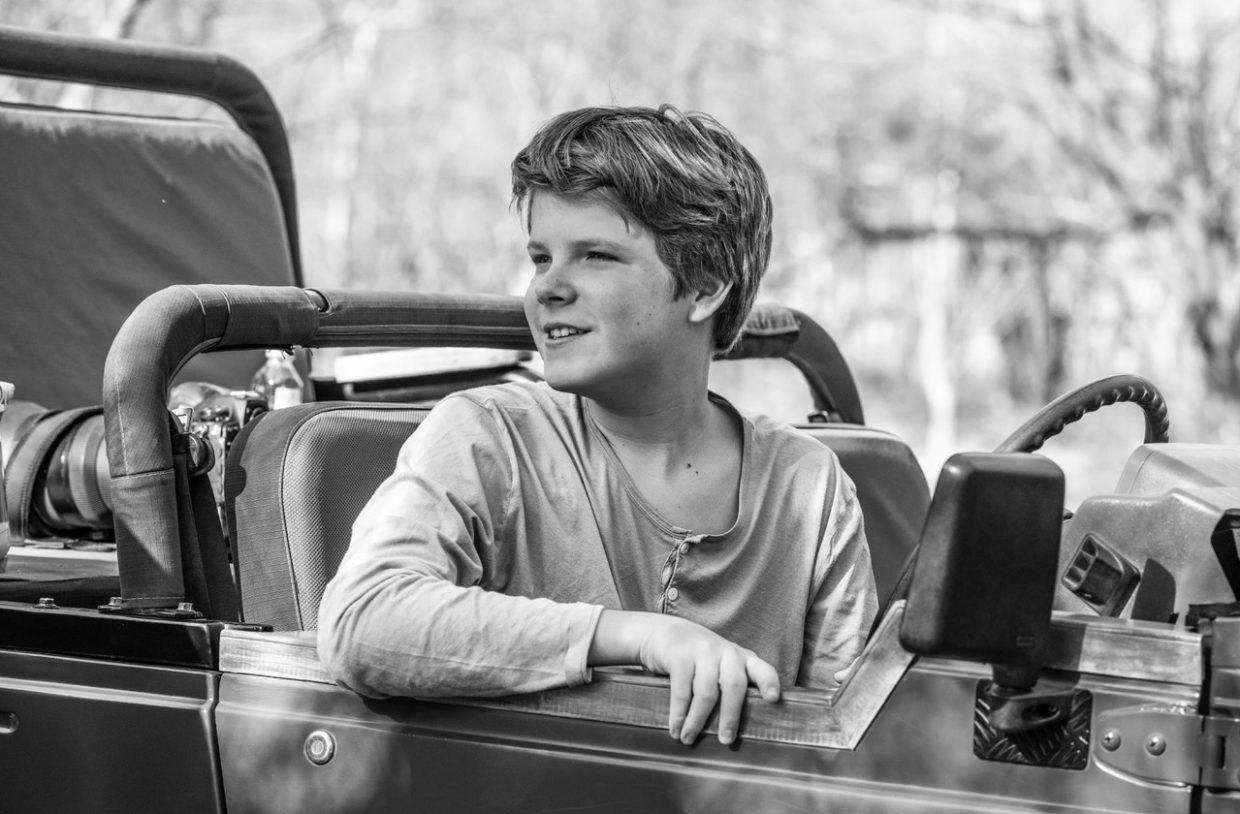 The image Chicago in this month’s newsletter is a big photograph - I think a few will end up in offices around where the shot was taken. I am not sure whether I have ever taken a lead image at 1.30 am in the morning before, but that’s what my meta-data is telling me.

There was another staged photograph I was determined to take in Chicago. I wanted to shoot in the Italian quarter in an authentic restaurant from the prohibition days and fill the restaurant with a cocktail of mobsters, beauty and of course one of my wolves. It was conceptual madness, but the more I thought about it, the more I had to do it. Delivering from the concept was a challenge and finding the cast was not easy. But why do easy? We must have creative courage to be authentic.

Finding the restaurant was a key piece of the jigsaw and after that everything fell into place little by little. Some of the wise guys were wonderful company and really were exactly as one would imagine. It was such a memorable day and we do have some first class BTS video content.

These few days in Chicago required the biggest budget we have ever known for a single location shoot at DYP. But I was determined that nothing could be compromised. If we have the full support of the Chicago Police Department, as we did, and a great production team, which we did, and Josie Canseco of Victoria’s Secret, why make a false economy on any other aspect of getting the job done? We are learning as we grow.

India was, as always, a challenge - overnight trains, intense heat, local bureaucracy and then hours on rough roads searching and searching for tigers. But we know our game here and most importantly we know what is a big moment and what is not. If polar bears in Svalbard are a “1% of the allotted time” trade, tigers in India are probably not far off this number. The difference is that in Svalbard it is possible to put down the cameras, relax, read a book or take a nap. In India it is full on and energy sapping.

It’s really just about putting in the hours and accepting that it is not a zoo - it is the real wild in places like Ranthambore. But finally we had our moment - an adult male tiger in a cave. It was one of the most exciting moments of my career and best of all my young assistant and son - Cameron - was there to see it all. He is one lucky lad and I am one lucky man to be able to show him this and call it work.