Philanthropy and giving back are central to the values at David Yarrow Photography and since 2018, David’s work has raised over $11m for philanthropic and conservation organisations. In 2021, his collaboration with Cindy Crawford raised over $3m for the American Family Children’s Hospital. “It’s always a pleasure and a thrill to work with my friend David Yarrow and even more so when it’s for a good cause. We returned back to the original Halfway House from the famous Pepsi commercial I did in 1992 to recreate the moment (with a David Yarrow twist) in hopes of raising funds for the American Family Children’s Hospital in Madison Wisconsin where my brother was treated for leukaemia,” Cindy said. In 2020, he launched the #KoalaComeback Campaign to support the wildfire recovery efforts in Australia. The campaign raised over $1.4m and after the outbreak of COVID-19, he helped raise over £1m for the NHS by releasing a charity print, “Our Pride” with all proceeds going to HEROES.

David holds a number of ambassadorships for charitable organisations including: The African Community and Conservation Foundation, Tusk, WildArk, The Kevin Richardson Foundation and Best Buddies – one of America’s most established children’s charities. 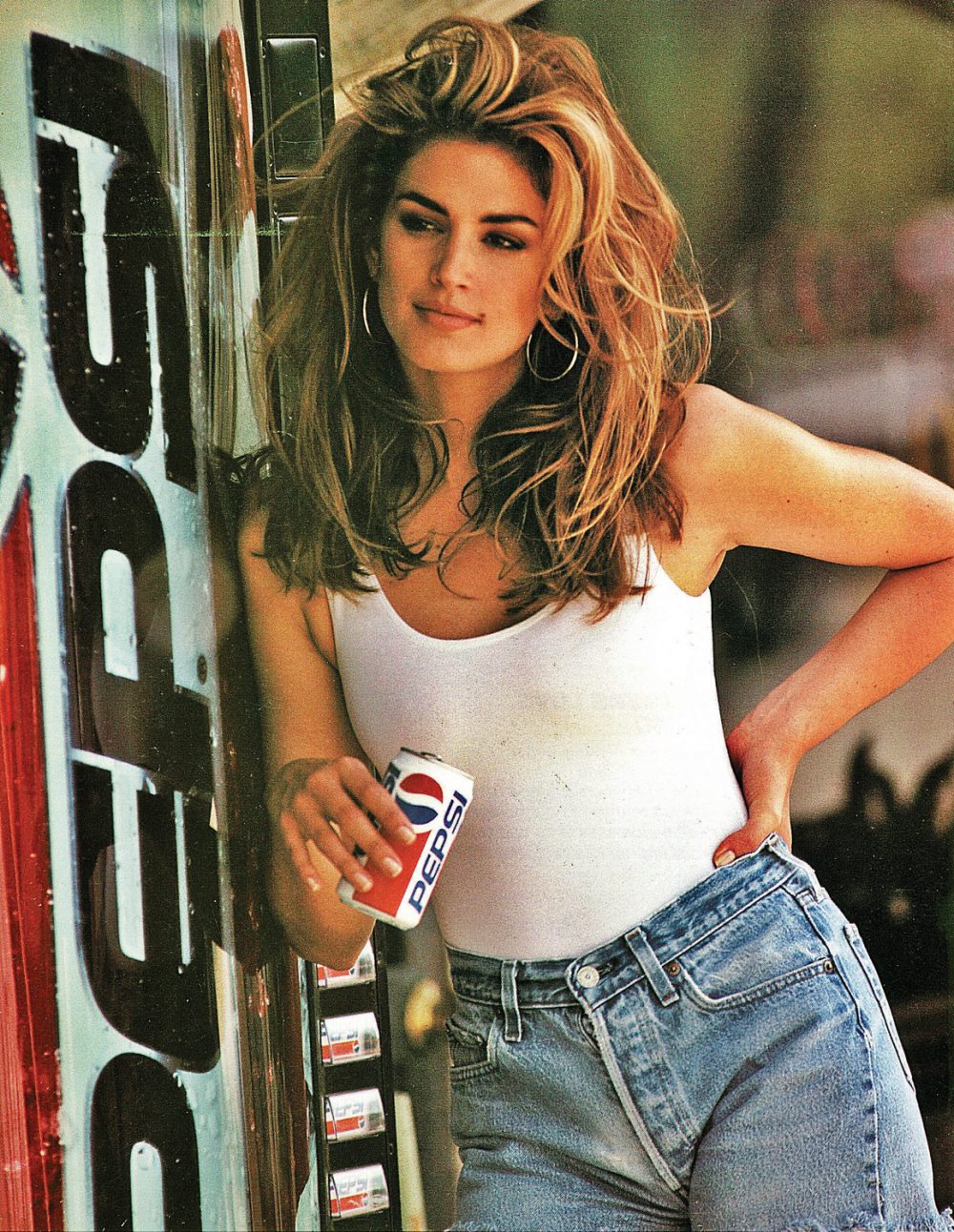 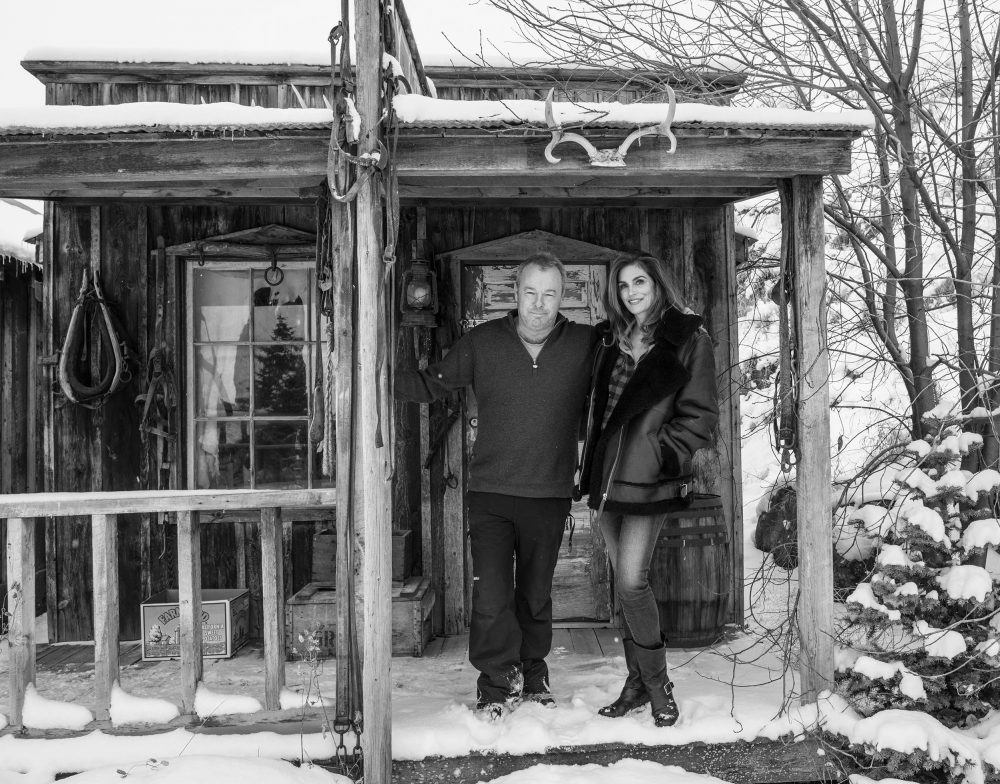 In 2021, David Yarrow recreated and re-imagined Cindy’s iconic Pepsi ad as part of their ongoing collaboration to raise money for the American Family Children’s Hospital in Madison, Wisconsin. As with the first project in 2019, and second in 2020, half of all profits of photograph sales from this assignment with Cindy will go to the University of Wisconsin’s Paediatric Cancer Care Unit in Madison. David and Cindy’s collaborations for the cause have raised over $3million so far.

“It’s always a pleasure and a thrill to work with my friend David Yarrow and even more so when it’s for a good cause. We returned back to the original Halfway House from the famous Pepsi commercial I did in 1992 to recreate the moment (with a David Yarrow twist) in hopes of raising funds for the American Family Children’s Hospital in Madison Wisconsin where my brother was treated for leukaemia,” Cindy said. 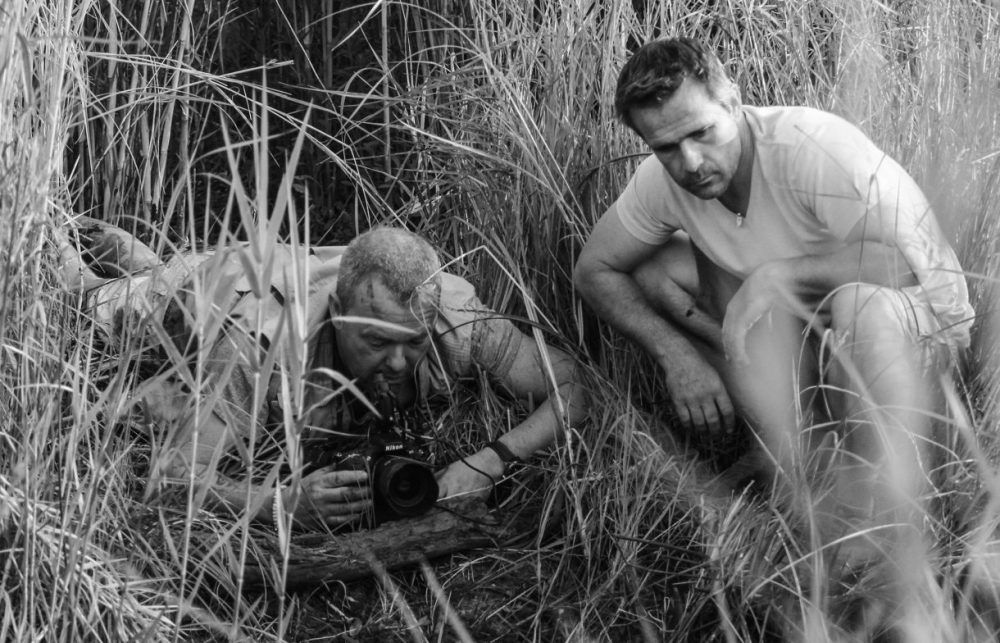 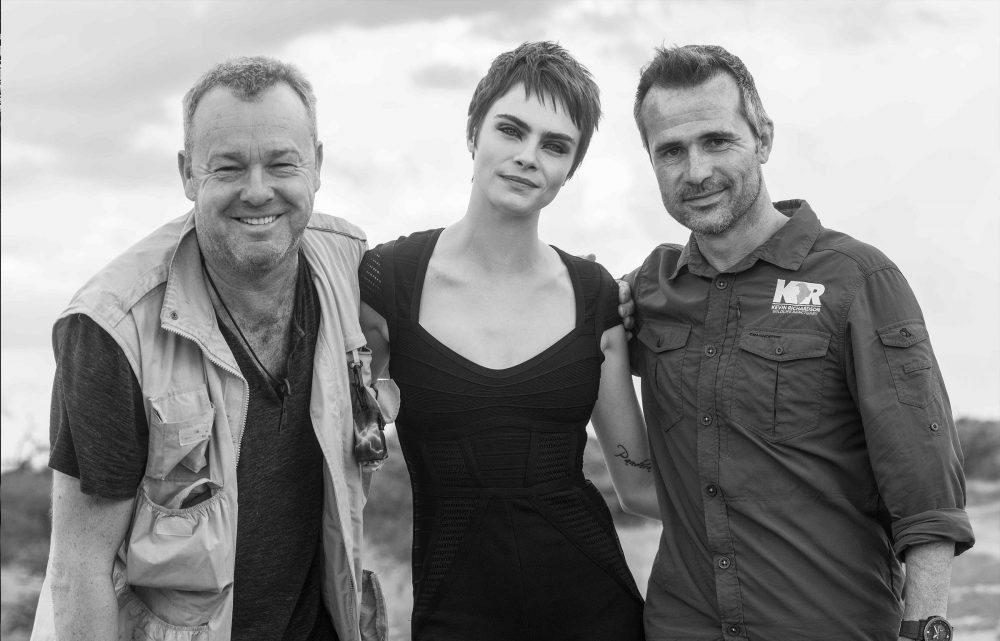 Few people in Africa know more about lions than Kevin Richardson, so when David Yarrow was asked to become an ambassador to his foundation, it was readily accepted. Kevin Richardson has worked with lions for many years and his ability to communicate with the dangerous cats in his reserve is remarkable.

In the last 80 years the wild lion population has declined from 450,000 to between 15,000 and 20,000. The Kevin Richardson Foundation aims to reverse the state of Africa’s declining lion population by purchasing habitat and raising awareness. This, alongside working to minimise human and wildlife conflict hopes to create safe, natural spaces where lions and other native species can flourish.

Kevin and David have worked together for 6 years to raise awareness of the lion’s plight. Kevin Richardson is authentic, articulate and a very relevant and passionate voice. The lion could have no better friend in Africa. 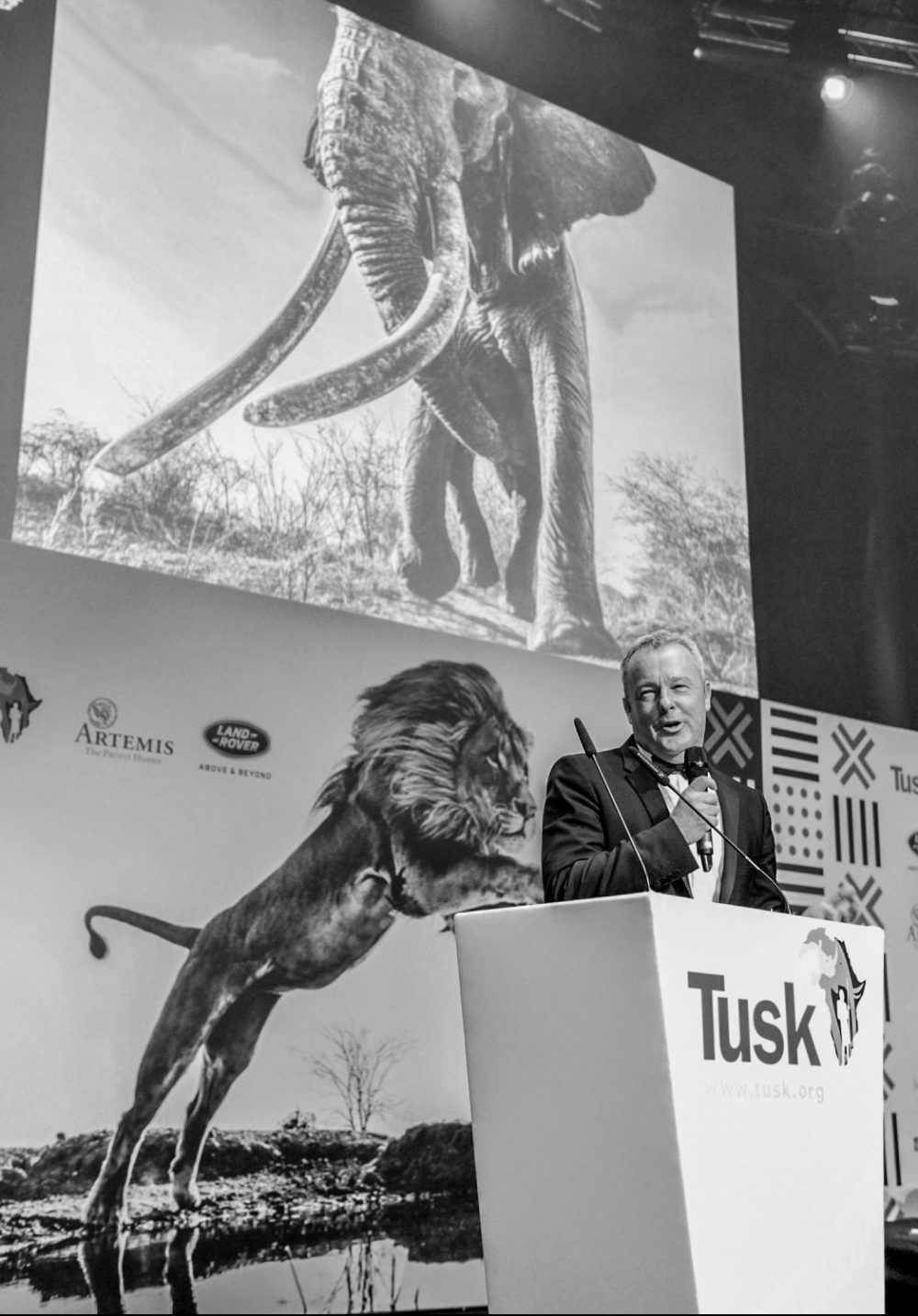 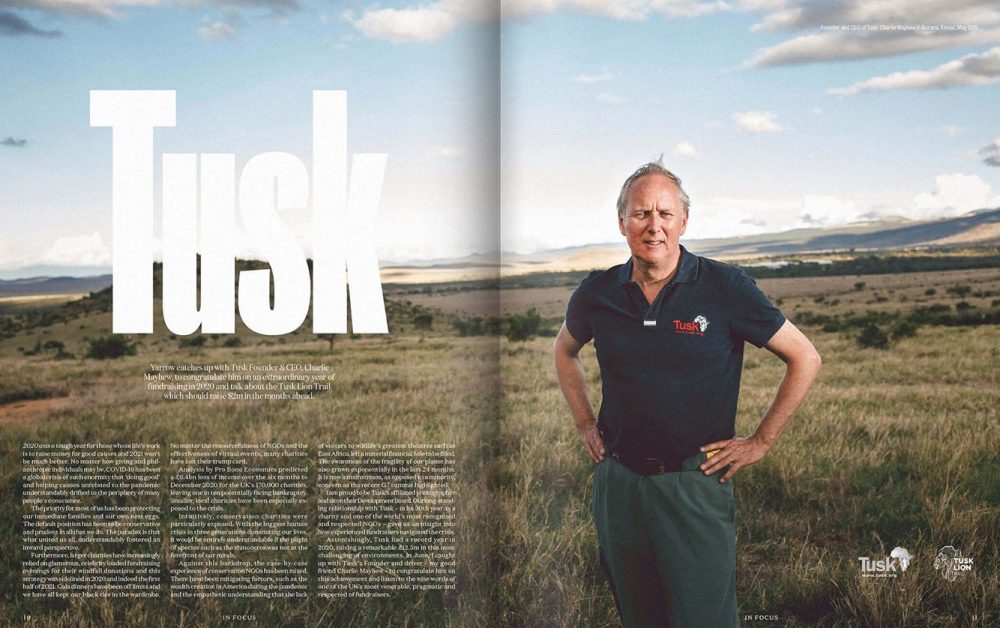 David Yarrow is proud to sit on the advisory board of Tusk Trust. This long-term partnership reflects David’s personal commitment to protecting the special environments in which he works. All of the royalties from David Yarrow’s 2019 book go towards supporting Tusk.

HRH the Duke of Cambridge became the charity’s Royal Patron in 2005 and has been a proactive supporter of Tusk’s work ever since. David Yarrow Photography has and continues to collaborate with Tusk on a wide-range of projects.

As the ever-expanding human population and its demand for more land brings increasing conflict with wildlife, Tusk’s aim is to forge an inextricable link between the preservation of Africa’s natural heritage and the future of its land, culture and people. 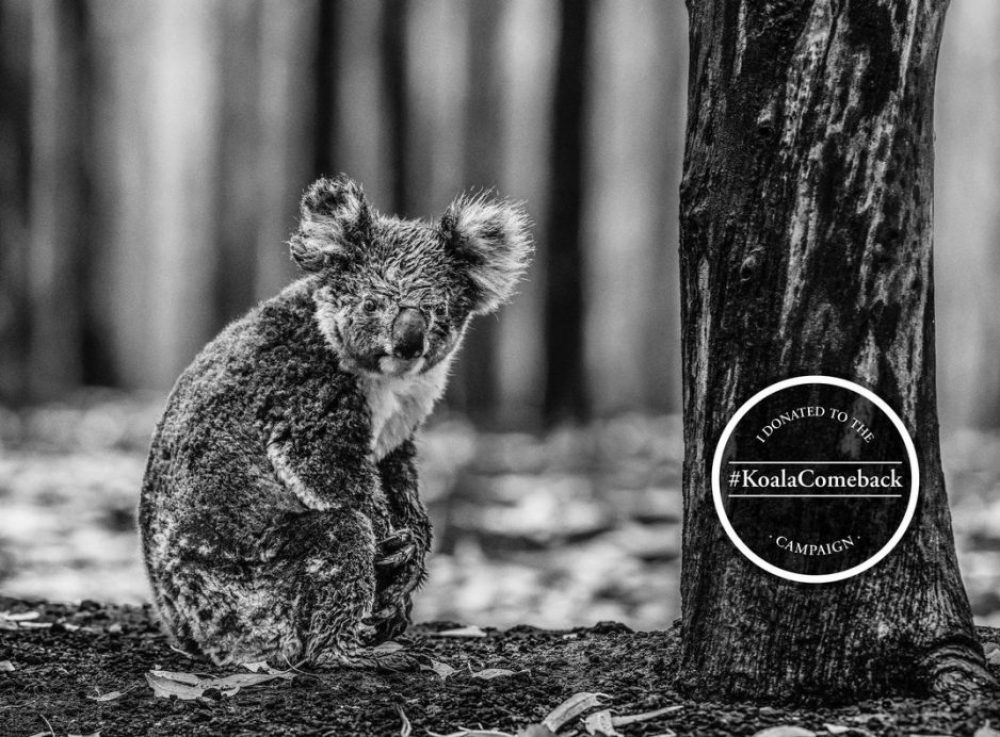 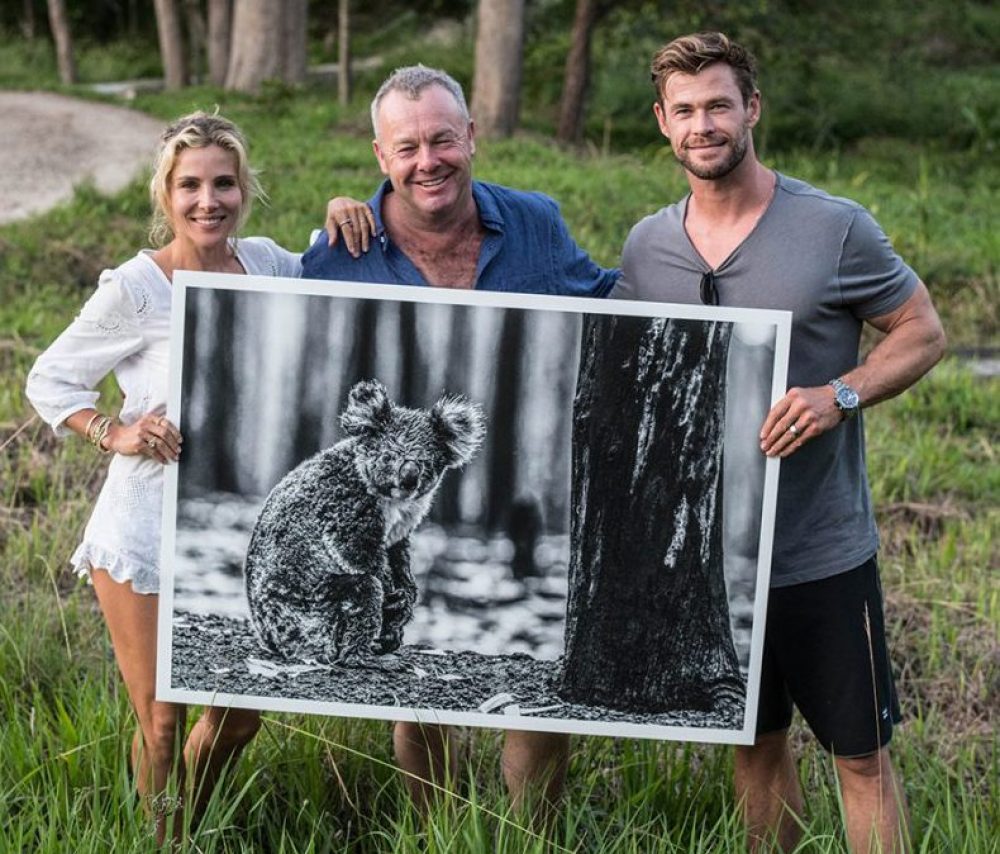 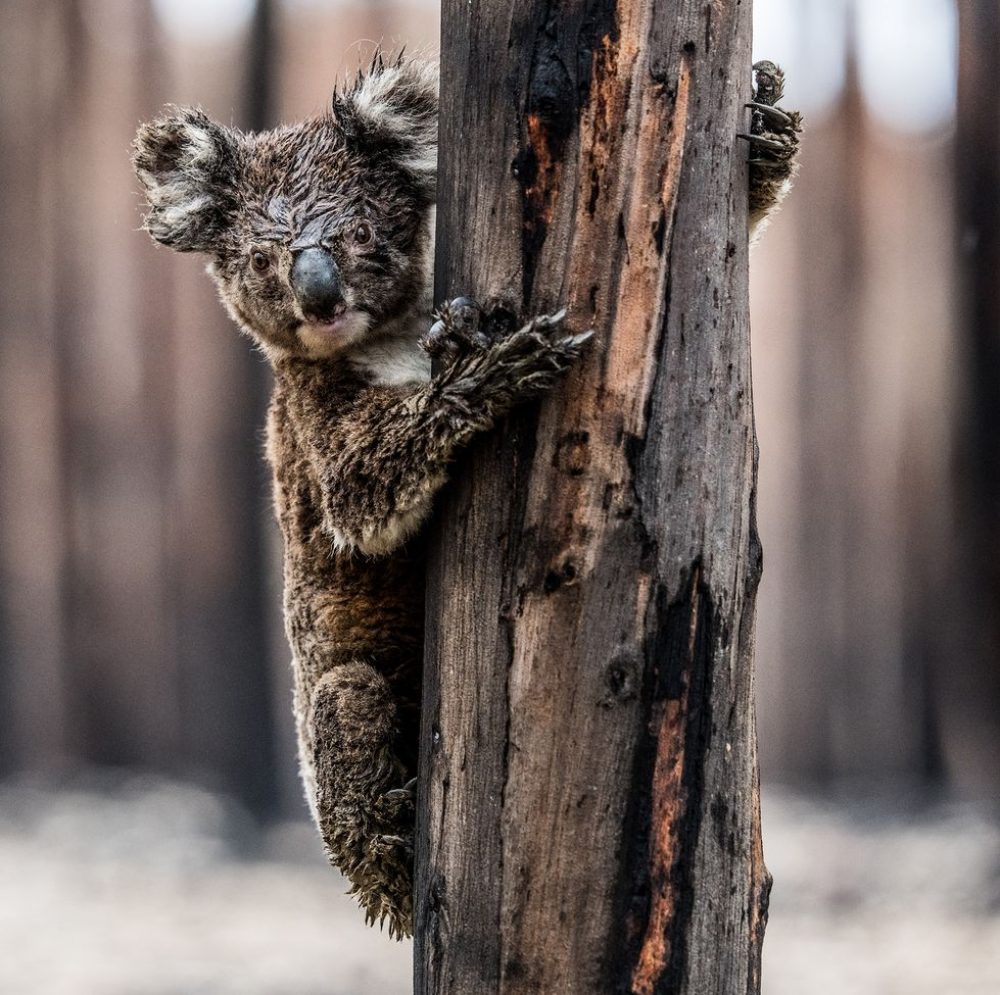 Since 2017, David has been an ambassador for WildArk, alongside world-renowned surfer Mick Fanning. WildArk is an organisation with passion and energy and their noble mission to protect species and ecosystems is one that David Yarrow Photography is proud to support.

Founded by passionate conservationists Mark and Sophie Hutchinson, WildArk works to promote activities and opportunities for people to reconnect with nature and become inspired to protect it. By securing parts of identified green belts around the world, WildArk contributes to protect the rich biodiversity and conserve wildlife.

WildArk has worked with global leaders in conservation science to develop a robust strategy that prioritises their conservation efforts across the globe. For the first time, charismatic flagship species and the places they live have been integrated into a prioritisation process. The result is a diverse collection of 100 threatened species “the WildArk 100” that serve as ambassadors of their unique ecosystems and 50 sites throughout the global priority terrestrial ecoregions that are in need of conservation action.

In January 2020, David collaborated with WildArk and Earth Alliance to launch the #KoalaComeback Campaign which has so far raised $1.4 million for the Australian wildfire recovery efforts. 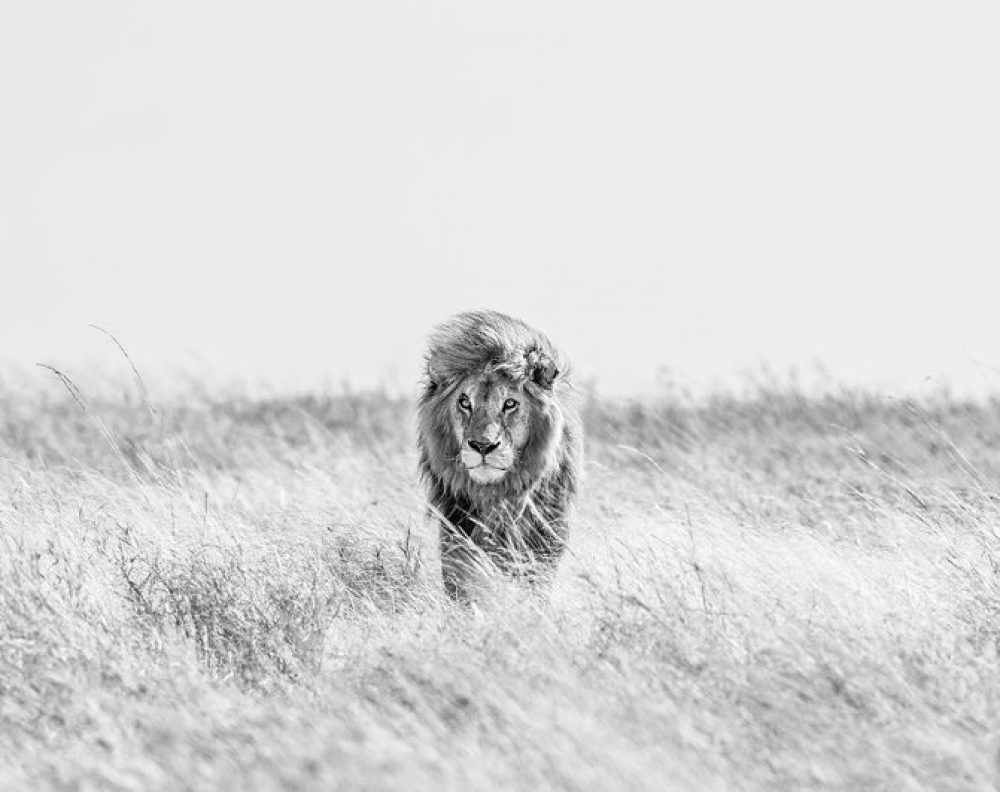 In June 2021, David Yarrow became an ambassador for the African Community and Conservation Foundation.

Their mission is to contribute to the preservation of important African wilderness areas, as well as to empower the communities living alongside these spaces, contributing to a world in which people and wildlife live together, sustainably, forever.

An organization such as ACCF, has the substance, reach and field excellence to offer hope and sets an example as to how things can improve. David is proud to be an ambassador for the ACCF, and knows he will be humbled by their ability to work smart and work effectively in the challenging circumstances that face us post-Covid. 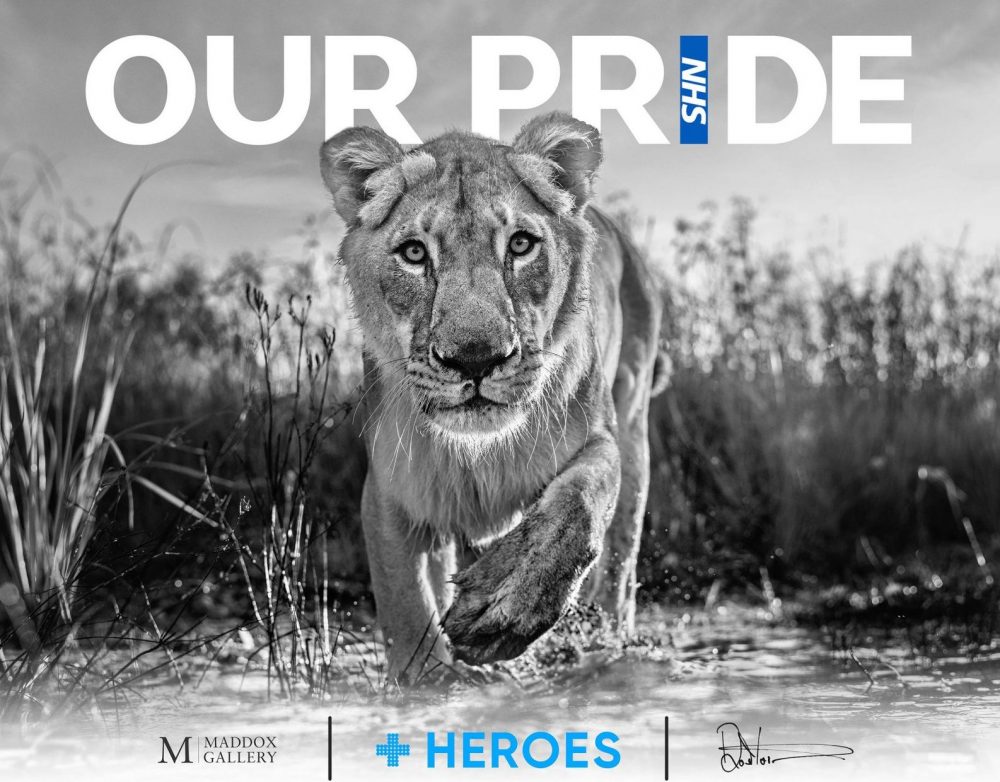 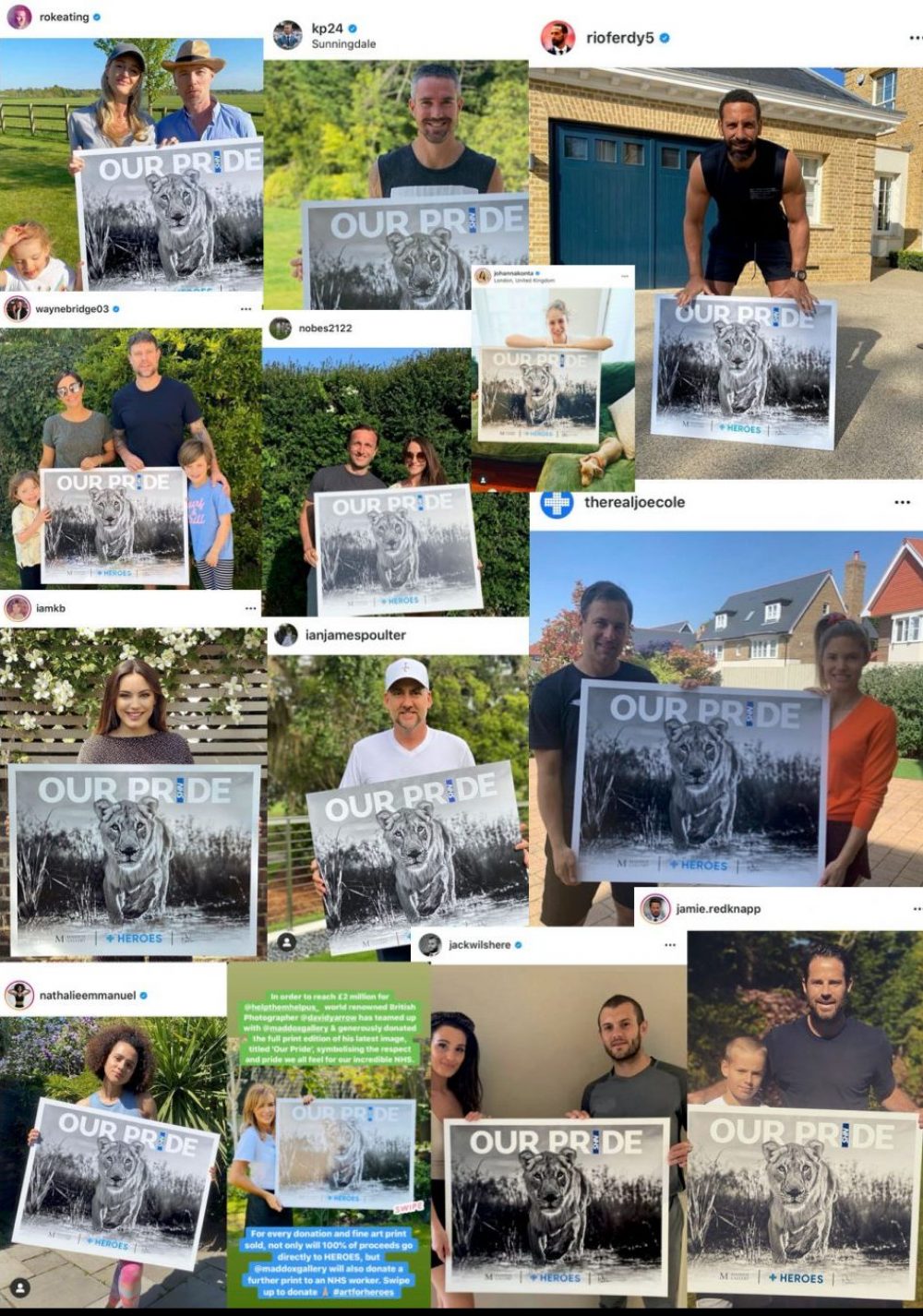 In April 2020, David Yarrow released an exclusive image to support ‘Art For Heroes’, the virtual art exhibition set up by Maddox Gallery. Like everyone in the UK, we feel enormous pride, as well as a sense of huge debt to our NHS. They are the heroes for every generation that is living through this global pandemic. The image ‘Our Pride’, symbolises the strength, bravery and courage of our NHS.

All proceeds were donated to HEROES, which was founded by NHS doctors and nurses on the frontline fighting the COVID-19 pandemic. HEROES’ aim is to support the welfare and wellbeing of NHS staff as they work on the front lines. This involves everything from acquiring much needed medical equipment, delivering meals to the hospitals and helping NHS workers with everything from parking costs to childcare.