THE LAST SUPPER IN CHICAGO 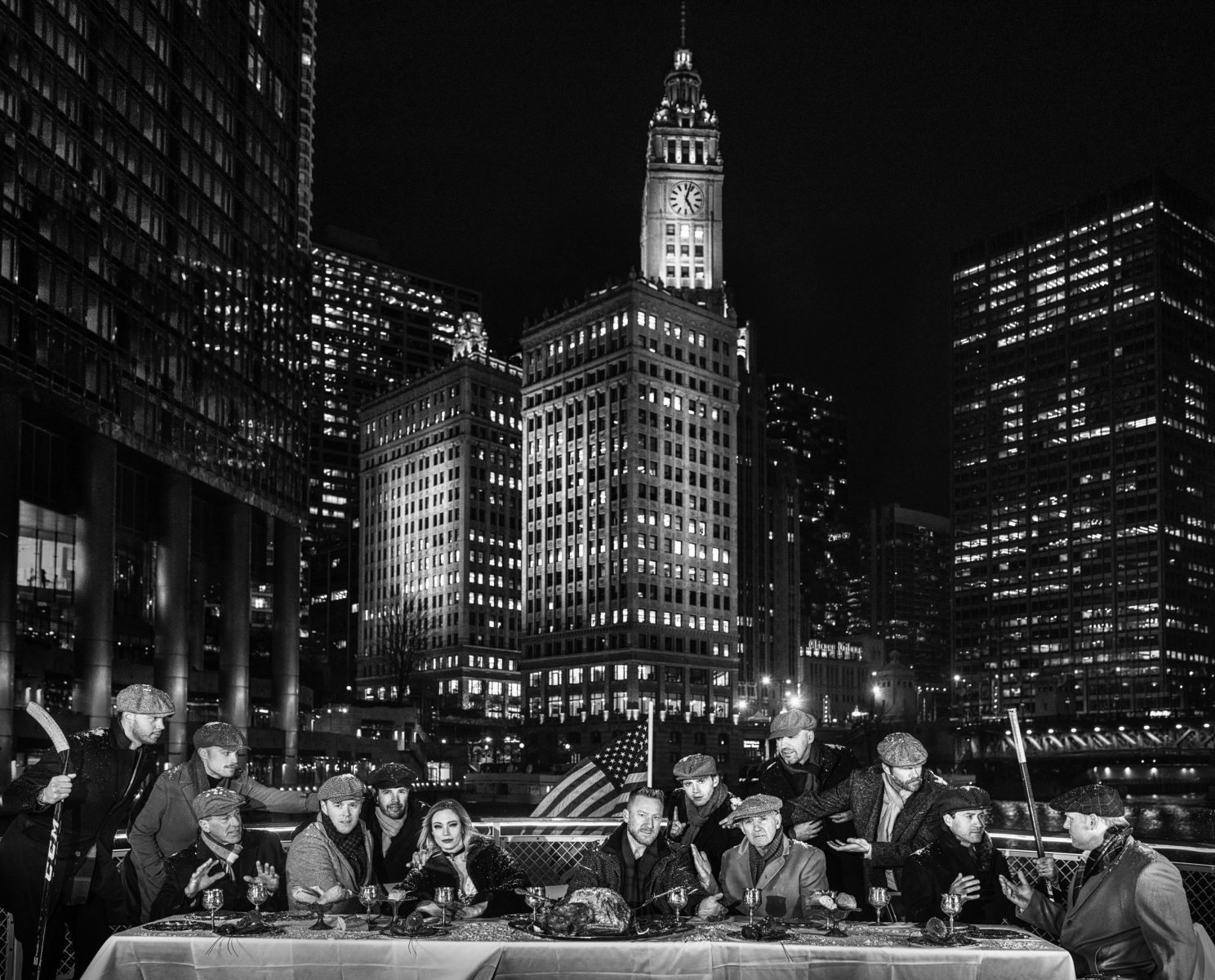 In November 2022, at the United Center in Chicago, legendary Slovakian hockey player - Marián Hossa - had his shirt retired in front of 24,000 adoring and thankful Blackhawks fans. It was an emotional evening and one that I felt privileged to watch, alongside Marián’s friends and family.

48 hours previously, Marián was joined by two other Chicago “Hall of Famers”, Chris Chelios and Denis Savard, and nine other Blackhawks stars to collaborate with me on an idea that had been marinating in my mind for some time.

My concept was to merge in unity, two of Chicago’s most precious possessions, its architecture and its beloved Blackhawks. This is a proud city and Chicago-ites hold these assets close to their hearts. I had pondered over the composition for a few weeks but knew the city and the path of the river well enough to know my spot.

My creative leaning was to play around with the idea of a Last Supper, after all, Chicago is also renowned for its food and a play on the masterpiece legitimised a reason for the player positions. I also wanted to build a sense of the cold into the narrative but this didn’t need much effort as it was freezing on the river on Thursday night.

I had never previously met any of these sportsmen but was most impressed by their charm and enthusiasm for the project, which will raise funds for disadvantaged former players. I know some of these guys are very famous but they wear their fame with the lightest of touch. It was also clear that Hossa was the Boss - he was as a player and he still is now, a born leader for sure.

The photograph is available for purchase through our excellent gallery representative in the city - Hilton Asmus.